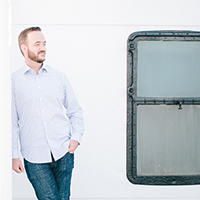 Our end goal is to create the database migration install action for rails generate double_double:install

A migration generator is the composition of ActiveRecord migrations within Rails generators. They are commonly found in Rails engines and plugins.

ActiveRecord migrations are Ruby classes that define a version of the application’s database. Where each additional database migration only defines how to incrementally modify the database from the previous version.

Now if we were to combine both of these concepts we arrive at migration generators. Which are generators that are capable of creating database migrations.

For the purpose of this generator, I am most concerned that the database migration template is copied into the expected location.

We could further inspect the generated migration for its specific content, but that’s approaching overkill. As other tests utilize the database, those tests will certainly fail loudly if there is a problem with our migration.

To assist in our tests we will be using the generator_spec gem. Let’s add it to our .gemspec. Bundle install.

The skeleton of our Rspec spec:

Our most significant decision so far was deciding where to temporarily store the generated files and directories. The tmp directory is an obvious choice.

Now we have a test to code against. This test will assert:

Fast-forward some TDD and a few cups of coffee…

And to finish the task we added the actual Rails generator.

You may be asking: What’s the class method next_migration_number?

It determines the date and time string that will be prepended on the migration filename. I found that exact method implementation in Rails, itself.